Looking along the top bar of the VK PREMIUM consultancy website, one of the tabs stands out. Services on offer are, well, pretty much what you’d expect: there’s business consulting, training and investment guidance in energy, agriculture, tourism BRP and technology. There’s a drop-down menu for the company’s success stories. And then, sitting almost literally front and centre between the About Us and Contact links, is the ‘Medical Cannabis’ tab - a star billing for an industry that wasn’t made legal in Greece until early 2018.

But it’s only when you click through to the company’s dedicated cannabis portal and to its blog that you get a sense of why what outwardly looks like such a typical consultancy firm is pushing its new interests in medical cannabis so hard. Almost every post on the blog is an update on the number of grower licenses granted to grow cannabis for medicinal purposes by the Greek government. From January 2019, VK PREMIUM has been keeping meticulous score: from the first two Greek licenses at the start of the year to a total of 26 as of August, VK PREMIUM is charting a green gold rush and today is either directly involved in the licensing of medical cannabis facilities or indirectly supporting investors to navigate Greece’s state subsidy schemes.

“First of all,” Vamvakas explains, “the legislation in Greece is very friendly. If you fulfil the criteria and you’ve submitted your application properly, you can get your licence quite quickly. 26 licenses in one year is probably some kind of world record.”

But the Greek government’s legislation on medical cannabis is only a starting gun. Cannabis can be - and is, often for more illicit purposes - grown anywhere, with the right know-how and combinations of strip lights and hydroponics. For legitimate cannabis farms, these extra operating costs cut into company profits. What Greece can offer, Vamvakas explains, is not just a supportive government but conditions in which cannabis plants flourish more-or-less naturally.

“The weather conditions in Greece are ideal for cultivating cannabis,” he says. “The ideal temperatures for growing cannabis are between 26 and 29 degrees celsius, and the average temperature in Greece is pretty close to that. OK: we have peaks during the summer where it goes up to 40 in some areas and during the winter it goes down to five or six, but otherwise it’s always close to the ideal temperature for cultivating cannabis. Furthermore, the cost of suitable land is lower than in a cannabis-growing country like Canada, and for even highly experienced scientific teams, salaries are lower. From an investor’s point of view, these things make a big difference.”

And then there’s the final kicker: there are plenty of countries in the world where cannabis can grow happily and without encouragement from teams of botanists with special equipment - but few if any of those countries are members of the European Union. If Greece OKs your farm and its product, hurdles to selling throughout the bloc fall away, or are at least pegged significantly lower.

“If you go to Macedonia, for example, which is not part of the EU, the local medical organisation in Macedonia is not recognised by medical organisations in the EU,” Vamvakas says. “So you have to follow the process from the beginning, if you want to sell your products in Germany, for example. Greece is part of the EU, so it’s easier: once your product has been approved in Greece, to get a license for Germany or the UK, for example, is a faster process.”

But as (comparatively) easy as selling licensed medical cannabis across EU borders may be, cannabis still has a reputation built on decades of misinformation - often perpetuated by influential people who should have known better. Whatever its medical benefits (and however many new things entrepreneurs find to infuse with CBD oil), the stigma of cannabis as a dangerous or ‘gateway’ drug will persist for some people for some time. Public perceptions and reactions will always inform policy, especially around hot topics like drugs and healthcare. It’s a PR problem of which Vamvakas is acutely aware - though so far, he says, the Greek press and public have been mostly open to the benefits of leading Europe’s medical cannabis industry.

“Greece is like any other country: we have our stereotypes,” Vamvakas says. “People are… not suspicious, but a bit cautious about the whole thing. It’s a matter of education, it’s a matter of awareness, it’s a matter of people seeing the benefits medical cannabis can bring. We’re not talking about drug dealers; we’re talking about pharmaceutical companies - this has to be made very clear to everybody. There will be jobs created, there will be direct foreign investment in Greece. All the concerns, I’m sure they’ll be overcome.”

Even so, getting a licence to grow medical cannabis in Greece still takes time, and meticulous planning. Vamvakas won’t be drawn on whether that’s simple, common-sense prudence - cannabis is a new crop and new crops can always present challenges to local ecosystems and biosecurity - or because cannabis’ muddied reputation adds extra bureaucratic hoops for would-be growers to jump through. But several of VK PREMIUM’s clients are well on their way to establishing some of the first medical cannabis farms in Greece - and that’s the upward trajectory Vamvakas predicts for the company in the near future.

“We have succeeded in helping quite a few of our clients to get their first licence - the licence they need to start investing,” he says. “Our clients get their licenses in six months. We’ve applied for licences for a few more clients and for a few other clients we’re in the process of selecting the appropriate plot of land for them. That selection isn’t easy: there are a lot of restrictions you have to be aware of. You need to be careful. It’s a time-consuming process. We’ve helped them to select the appropriate partners, like construction companies, to fulfil the investment. So, a few of our clients are at the stage of building their facilities at the moment. This is the most advanced stage at the moment.”

“But we’re one of the most experienced consulting companies in this industry. We want to be the market leaders in this sector in Greece, as a consulting group for medical cannabis issues. That’s our goal: to be a one-stop shop for our clients.” 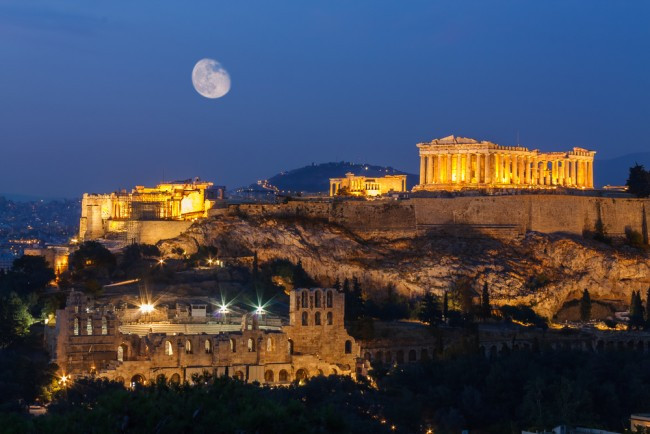