Ryan Douglas graduated with a liberal arts degree and an ill-timed, burgeoning interest in horticulture. While other liberal arts graduates were looking for office space, Douglas was looking at greenhouses. While horticulture graduates were starting work in landscaping or luxury golf courses, Douglas was looking for entry level positions - jobs that were “really the lowest rung on the ladder.” He found a job, and then a niche, in ornamental and edible crops - colourful and ornate flowers to be given as gifts, packed into window boxes or scattered over fancy food plates. So began an unlikely journey to advising and mediating on behalf of cannabis growers setting up operations in rural Colombia. 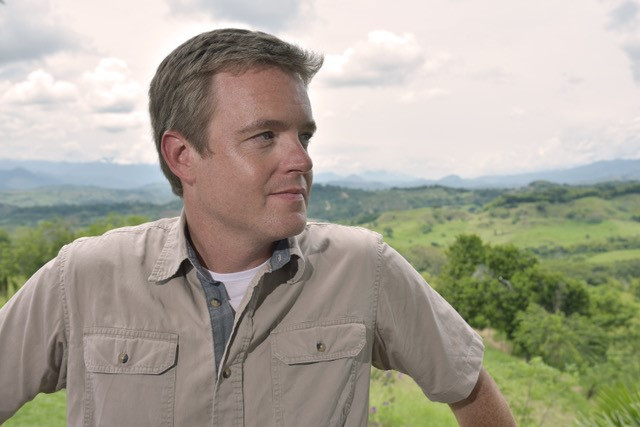 “The majority of my career obviously wasn’t spent growing cannabis,” he says. “I was a commercial greenhouse grower of ornamental and edible crops. I would grow seasonal crops that were sold wholesale to big box stores. We were always growing for the next season: poinsettias for Christmas, Easter Lilies for Easter and hanging baskets for Mother’s Day.”

Over the first two decades of his career, Douglas shifted from grower to grower, enjoying a little more authority and responsibility with each move. In a blog post on his website, he talks about a horticultural “sixth sense” - the instinctive ability to find the hidden problem that is causing a crop to wilt or struggle, even when a less experienced grower has followed instructions to the letter. It’s this uncommon sense: being able to look at the plants, smell the soil, understand the workings of the greenhouse and piece those disparate pieces of information together into a solution, that Douglas now offers to cannabis growers in both North and South America.

“It comes down to experience,” he says. “If you’ve been doing a certain kind of work for 20 years, you’re likely going to be good at it. I’ve accumulated about two decades worth of experience growing commercial crops or launching agricultural facilities or consulting for groups that do that, so that’s one of the biggest things that I bring to a client: whether we’re designing a cultivation facility, helping to recruit the key personnel for that group, or helping to troubleshoot plant problems in the greenhouse. I’ve grown a lot of different kinds of crops and I’ve seen a lot of problems - that provides a really rich toolkit to pull from helping clients.”

The switch from flowers to cannabis came in 2012. Drawn partly by cannabis’ novelty, partly by the opportunity to do good works, Douglas saddled up with a small grower based in Maine.

“Horticulture was interesting,” he says of the career change. “But growing marigolds for five or ten or twelve years can get a little monotonous. Cannabis, from an employment standpoint, was more interesting because it was new.

“At the same time, the opportunity to positively affect the quality of life of someone who consumes a product that I’ve grown really stood out. Before, we would spend maybe five or six months growing a poinsettia, and then it sits on someone’s kitchen table for a week or two and then they throw it out. Whereas here we’re spending the same amount of time growing a plant, but the end result is actually a medicine - something that can improve the quality of life of somebody who is suffering from an ailment or disease. That makes it, for me, extra special.”

However, Douglas quickly found the size of the operation limiting. The problem was two-fold: on the one hand, US law meant that the company was limited to selling its products in its native Maine. The second, compounding problem was that Maine, in Douglas’ words, “is a pretty small state”. That translated into a smaller operation, with limited opportunities for growth in all senses of the word.

“I was looking for something more,” he explains. “That’s when I started looking to Canada. In the United States all of the dispensaries in a state have to produce for themselves and have to sell within the state, whereas in Canada it’s legal at the federal level. So I knew those growers were going to be bigger and there would be a demand for some experienced growers.

“When Canada put out its regulations for licensing cannabis cultivators in 2012, I simply replied to an ad I found online. I flew to Canada to interview with the start-up group and they hired me. I started with long-term Canadian growers, Tweed in August of 2013, and a few months later they received their cultivation license.”

But after just a few years in Canada, Douglas began to see the limitations in growing cannabis in North America - and a newer, less-tapped opportunity elsewhere. Much of Canada and the US does not make for a good home for cannabis, and while US restrictions had been what spurred Douglas to take his expertise to Canada, he found that despite the relative freedoms Canadian growers enjoyed when it came to selling their products nationwide, the country’s cannabis legislation also held companies to sometimes prohibitively standards. These standards (designed to protect consumers and the public) regardless made starting a grow operation more difficult, more expensive and more time-consuming.

“Probably the biggest difference for me is that in Canada there’s much more regulation and the rules are much more strict,” says Douglas. “So what that means for start-ups is that the launching process is pretty slow because you’re waiting on a lot of approval and there is a lot of red tape around security and prevention of theft. So in Canada, more regulation means things tend to move a little bit more slowly and it’s more expensive to be a producer because you have much stricter requirements.”

South America has a history with cannabis production - not all of it pleasant. But the costs and the climate make countries like Colombia (in which Douglas now operates) far more obvious spaces to farm cannabis for export than Canada and the Northern United States.

“The biggest difference with South America is that you have a lot more companies growing outdoors,” Douglas says. “Since Colombia is a perfect location for growing cannabis, it doesn’t make sense to build really expensive and sophisticated greenhouses like you would find in Canada, because Colombia doesn’t experience the four seasons and the cold weather and lack of sunlight that Canada does. So in South America you have a lot of open-air greenhouses, which aren’t very expensive to build - they’re pretty basic, mostly frames built of bamboo and then covered in plastic. Because the name of the game down here is really production in large volume, at low cost, for export.”

Companies investing in cannabis production in Colombia are a mix of local entrepreneurs with backgrounds in agriculture and larger foreign companies drawn to the country by the growing conditions and the relatively cheap start-up and labour costs. Douglas offers services to both.

“If a foreign company wanted to start from scratch, I could help them identify some region that would be ideal for growing cannabis and help identify some local vendors and builders of greenhouse facilities, for example,” he says. “If they were interested in acquiring a company then I could help them do due diligence on a couple of companies and determine if what they have in their business plan would be realistic. If you don’t know anything about growing and you’re looking at purchasing a cultivation company, it’s hard to tell if you’re being lied to or if their business plan is overly optimistic.

“On the flip side: for clients that are Colombian that are interested in entering the cannabis industry, if they have an agricultural background it’s actually pretty easy to work with those groups, because 90% of whatever they do is going to transfer to cannabis cultivation. So what I would do is advise them on cannabis-specific technical information - things like recommending different varieties or cultivation protocols. We also have to be really careful with things like pesticides and fungicide applications in cannabis, because we can’t just wash that stuff off before we harvest. That’s one of the biggest learning curves for local cultivators of other crops: how to manage pest and disease control 100% organically.”

Looking forward, Douglas isn’t necessarily wed to further operations in Colombia, but does see it as a model of how medical cannabis could be more efficiently produced for global export in the future.

“I’m interested [personally] in wherever the demand is,” he says. “The benefit of having been involved in cannabis start-ups in the US and Canada and now South America is that a lot of those concepts and processes will be exactly the same regardless of the country. I think we’ll see a trend towards more greenhouse operations. Indoor cultivation is really expensive, so over the next few years I think we’ll need to start thinking more ecologically about how we produce this crop. You’ll see less and less of these massive indoor facilities where they’ve got thousands of lights and a tonne of air conditioning to handle those lights and more and more sophisticated, high-tech greenhouses that allow cultivators to produce a quality product with a lot of control over the environment to control pests and diseases.”

A final knock-on effect of growing in places with histories like South America is the impact legal cannabis farming may have on the decades-long quagmire that is the War on Drugs. Legal cannabis crops could offer at least a partial solution: reducing the exploitation of the farmers, the hold of the criminal gangs who profit from them, and the cost of cannabis for consumers in one fell swoop.

“When we look at the reasons to legalise cannabis in the US and Canada - and I’m sure it applies to other countries as well - one of the two biggest reasons that politicians use to justify their interest in legalisation is that it would take money out of the criminal organisations,” Douglas says. “That’s something that legal cannabis consumption will stop: the money isn’t going into the cartels’ hands anymore, it’s going into the state or the federal government.

“The other point is that they want to make consuming cannabis safe, so whether someone believes that cannabis should be legal or not, at least the people who are consuming it are purchasing it in a place that’s safe and has some kind of quality control measures that are taken in the production of their product.”

“In a perfect world, what we would do would be to provide the consumer with a safe product and keep the money out of the hands of the cartels,” he says. “And if we can drop the price to the same price point as the illicit cannabis in the street, I think that’s when we win the game.” 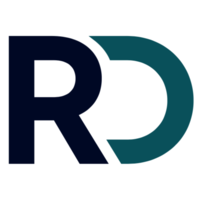